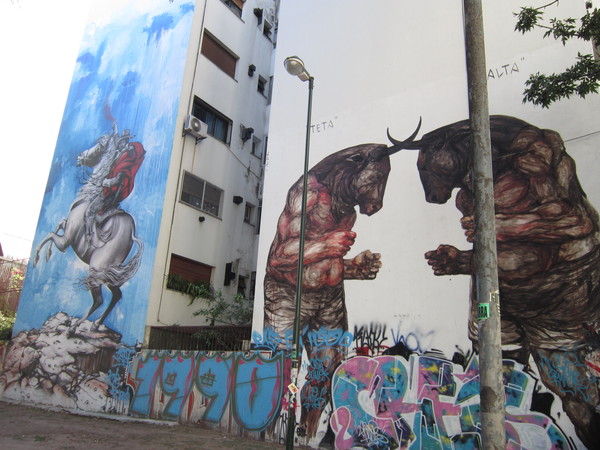 These walls were created as part of an international street art festival in Buenos Aires. They are always changing and getting painted over. Wall space is a hot commodity.

If you spend any time at all in Buenos Aires, you will notice that fantastical street art is everywhere.

The best touristy thing I have done in Buenos Aires–and I generally do not like touristy things–is this Mundo Graffiti street art tour. My mom and I went together when she came to visit.

It’s fascinating to think about why the people of Buenos Aires have such a permissive attitude toward street art and why these artists paint for free, usually buying the paint themselves. Some start as taggers but they grow up to be working artists who also paint and/or do design work. The walls are just another canvas.

One theory is that after a dictatorship people value free expression and take a laissez-faire attittude toward street art. 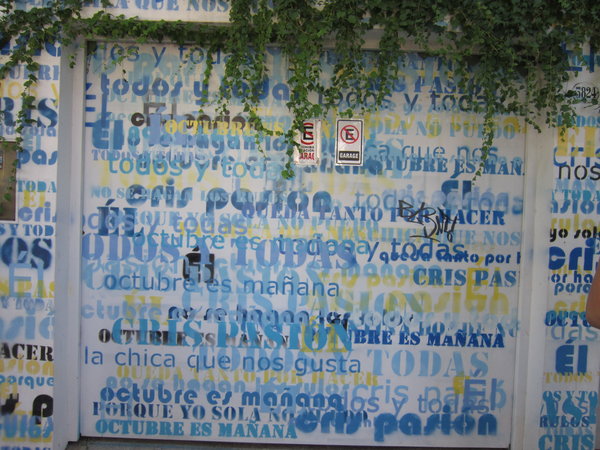 Most street art is not political but this wall was commissioned by homeowners to show their support for Cristina, Argentina’s current president

But that doesn’t explain everything. There is a lot of street art in Rio too, but not nearly as much as in Buenos Aires. Brazil also suffered a dictatorship. My friend Anonimundo makes street art in Rio and he needs to do it on the down-low in a way that Buenos Aires street artists do not. They can paint in the light of day, and sometimes an admiring business or homeowner will ask an artist to paint their wall. The art, if not the graffiti, is generally gorgeous.

A group of English women expats noticed the street art phenomenon and created this tour (they’re also working on a documentary of the art and artists). Porte‚àö¬±os (Buenos Aires residents) don’t necessarily recognize how special their street art scene is. Often it takes an outsider to see something unique about a place and valorize it. 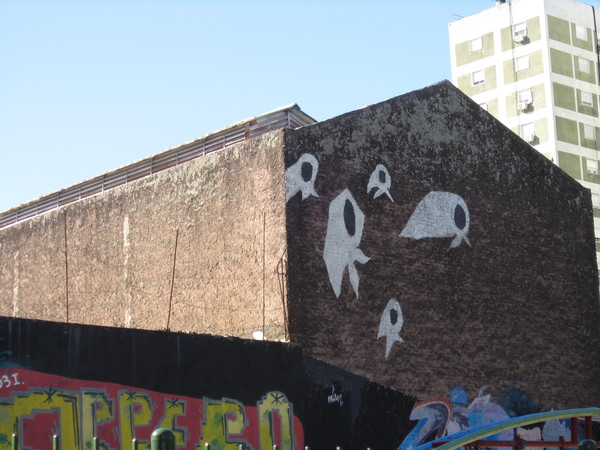 Again, most street art is not political but this piece is. It represents Madres de Plaza de Mayo, an association of Argentine mothers whose children “disappeared” during the Dirty War of the military dictatorship (1976-83) 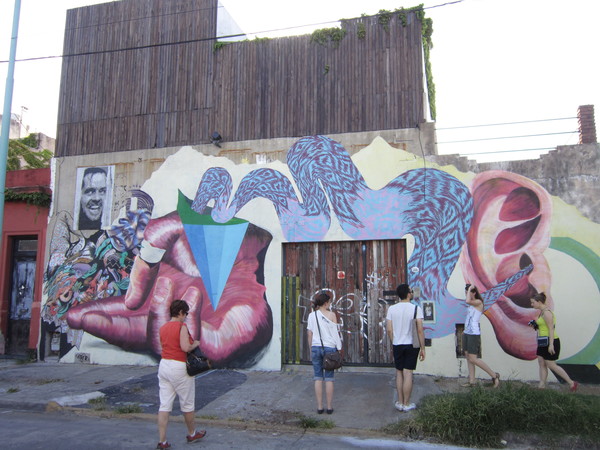 Next to a bus station in Villa Crespo, don’t miss the Jack Nicholson 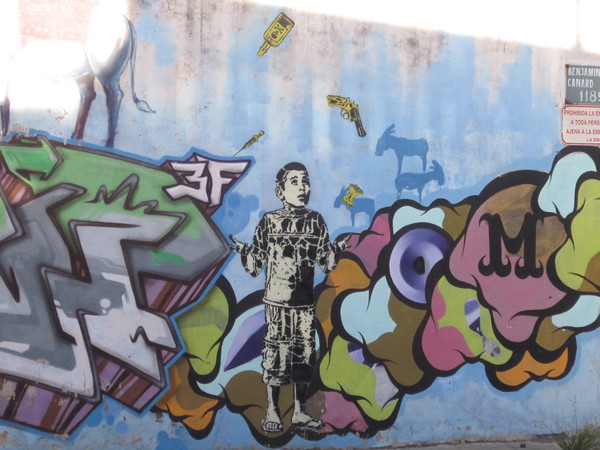 This one is a collaborative piece by street artists from around the world who kept adding elements. 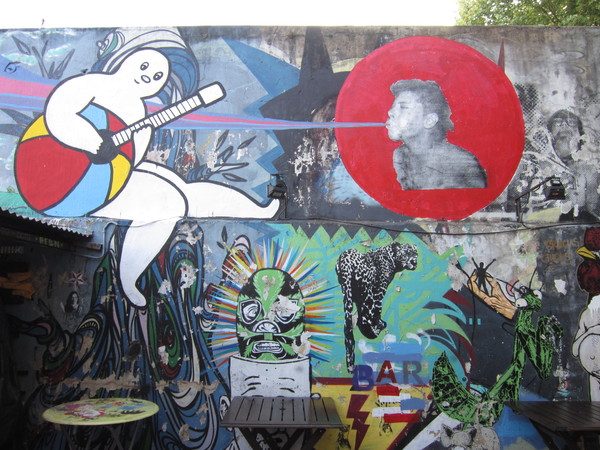