Living the Dream of Living in Rio, Oddly Enough 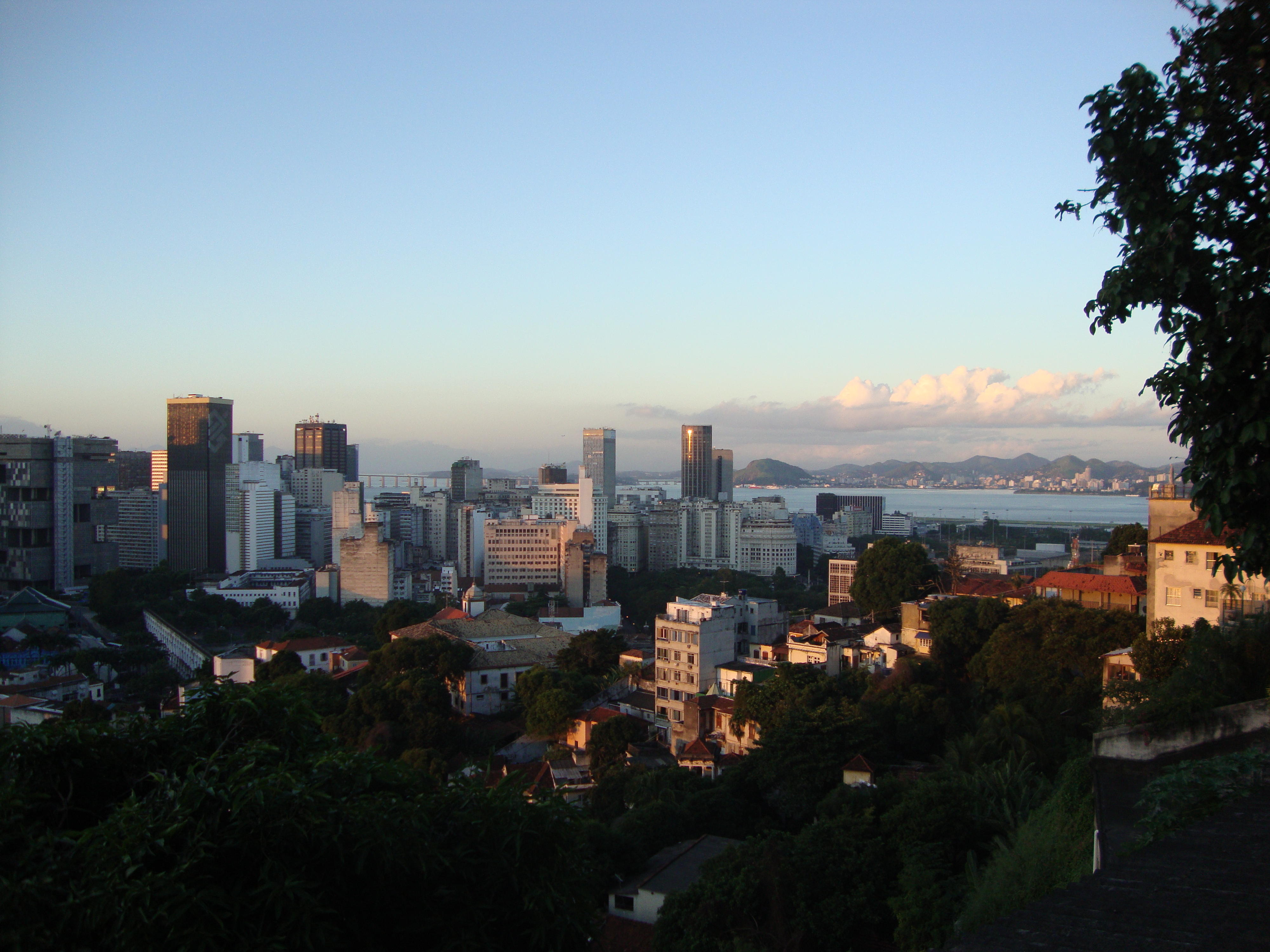 the view from Terra Brasilis, where I have been staying. The city throbs below.

Today will kick off my new practice of blogging as I go along. Until now I have been just writing for myself in a gigantic Word document and occasionally on a private blog that I share with one of my bestest friends Jenny. I plan to add entries from the many places that I have visited in Brazil and all my reflections on travel and Brazilian and American culture along the way, but travel is always so engrossing–I never want to sit down in front of my trusty netbook for longer than I need to. Today though I start a new philosophy of slower, less manic travel. I am living in Rio for a period of 1 to 3 months, and the city is so dynamic and full of incredible options for things to do every day. The discipline to sit down and write will probably do me a lot of good, centering me, one of my primary goals in traveling anyway.

Living the dream of living here in Rio is odd since I was thwarted three times. In the way that Paulo Coelho describes, maybe, in The Alchemist, which I was told to read on the airplane when I first started my journey. A person might have beginner’s luck on her journey, according to Coelho, but she will be tested many times. So it was with my original plan of living in Rio. When I first arrived in Florianopolis in January to do two weeks of language school before heading to Rio, I spoke with a succession of Brazilians who told me Rio is “insuportavel” in the summer–unbearable. Brazilians can take a lot more than I can, so if they say it’s unbearable, it really is. Then I arrived here in April after three months of improvised travel and chose a safe, richer neighborhood, Ipanema, which I find noisy and boring and soulless. Then my father had a bike accident and I was called home to help for three weeks. So I came back, not knowing if this was the right thing to do, really, feeling wracked with uncertainty. Had I had enough of Brazil already? Wasn’t it time to explore other cultures? But when I tried to purchase a cheap ticket to Bogota, one-way, I just couldn’t click “Buy.” I had this undeniable attachment, or intuition, a feeling that my story in Brazil was not complete, and that I wouldn’t be happy if a family emergency concluded my narrative here. I always had this dream of living in Santa Teresa ever since I first visited in 2008.

So now I am here staying in a guesthouse up on a hill while I decide where to stay. Santa Teresa is even more glorious than I remembered it. This time of year it’s cooler and the flowers are blooming on the streets and the buildings are just enchanted. There are a lot of trees here and the trees as well as the lack of cars have a calming effect. 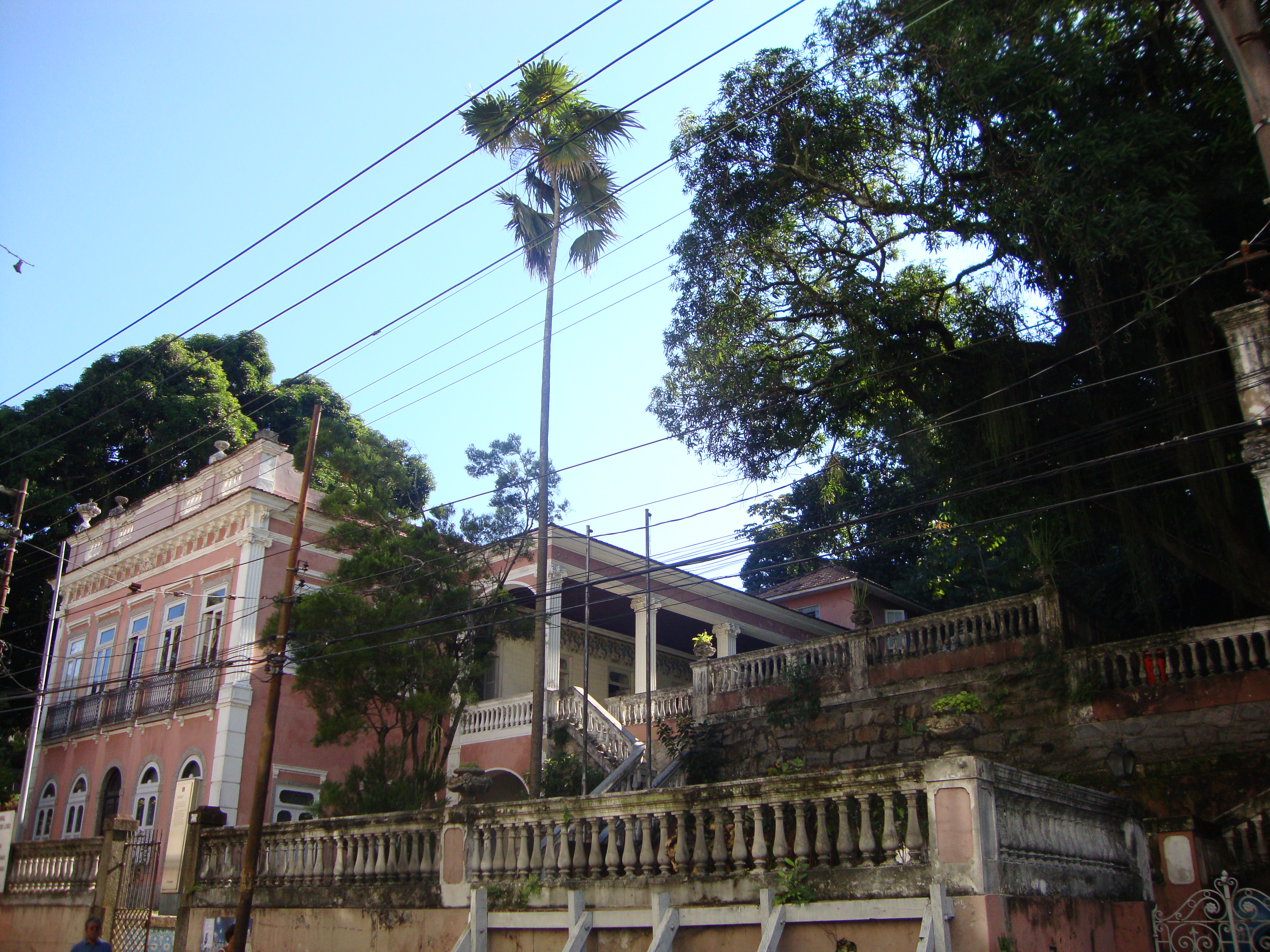 Santa Teresa is just as amazing as I remembered, if not moreso. If anything I am overwhelmed, which was always my fear with Rio because it might be the most alive city on the planet. I’ve been wandering my new neighborhood, Santa Teresa, taking photos of posters offering classes or events. Many are free. It’s been kind of a fun documentary process of the rich cultural life here. Here is my list of things that I could do (and people have asked me what I’ll do if I’m not working?!):
– puppet-making workshop
– capoeira (angola or regional)
– community-based therapy, once a week (I mean, this would be kind of a bizarre thing to do while on a walkabout, but would be really interesting to hear what others say–imagine an anthropological journey of going to self-help groups all over the planet, I wonder how they would differ or be the same!)
– percussion class as part of a rehearsal for carnaval 2010
– maracatu percussion classes
– tai chi
– african dance
– yoga
– surf lessons
– singing lessons

I talked with a travel coach Tara Russell just before getting back on the road, while I was at home helping my father recover from his bike accident. I was desperately indecisive about what to do. She pointed out that much of the appeal of Elizabeth Gilbert’s Eat, Pray, Love was rooted in the fact that she had chosen themes she wanted to explore during her year abroad: pleasure in Italy, devotion in India, and balance in Bali.

Tara asked me to not think about where I wanted to go, but why I wanted to go. I agree that Gilbert’s themes were compelling, so common for all of us, and she did a great job of raising her personal story to the universal level. Even a woman on Big Brother Brasil has been spotted reading Eat, Pray, Love! Seemingly every woman over 30 in a major urban area has.

I am skeptical, though, that Gilbert already had those themes in mind when she started her journey. Maybe it’s just me, but did she really know where she was going and how those places would speak to her? The writer in me thinks the themes were assigned with the benefit of retrospection. Or maybe Gilbert is just a better planner than me. For me, traveling feels like something that I instinctively knew I wanted or even needed to do, but I won’t understand why or what I got out of it until I finish the journey.

However, I have thought about why I am traveling a lot. There are two things I want to learn, or perhaps absorb, from Brazilian culture. One is passion. I want to find things I am passionate about doing, that bring me joy, that perhaps I can even practice in San Francisco or wherever I live in the future. So I will choose from the above list accordingly. The other is optimism. Brazilian people tend to be so optimistic. See my other post, Tudo Bem, and I could use a greater dose of optimism in my daily outlook and in the way I see my life. I also want to get more centered, but becoming more grounded in Rio is challenging–it’s a city that induces a feeling of mania with so much energy. When I am sitting up here in Santat Teresa on a weekend, I hear music pulsating below and it literally feels like the city is throbbing. That is Rio, that is what I wanted to know a bit more deeply, and so, here we go! 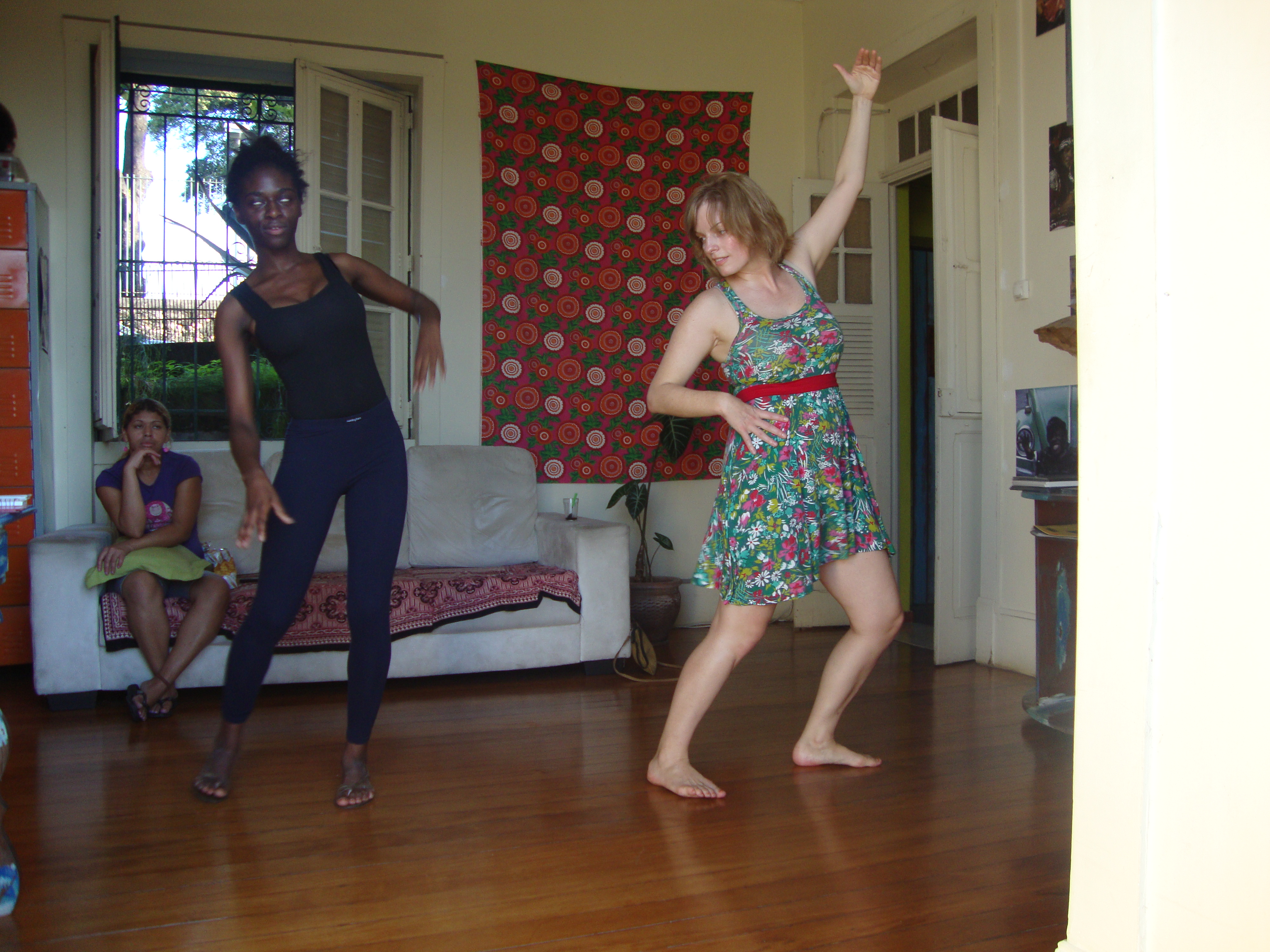 an impromptu samba lesson in our guesthouse