The Mystical Draw To Asheville 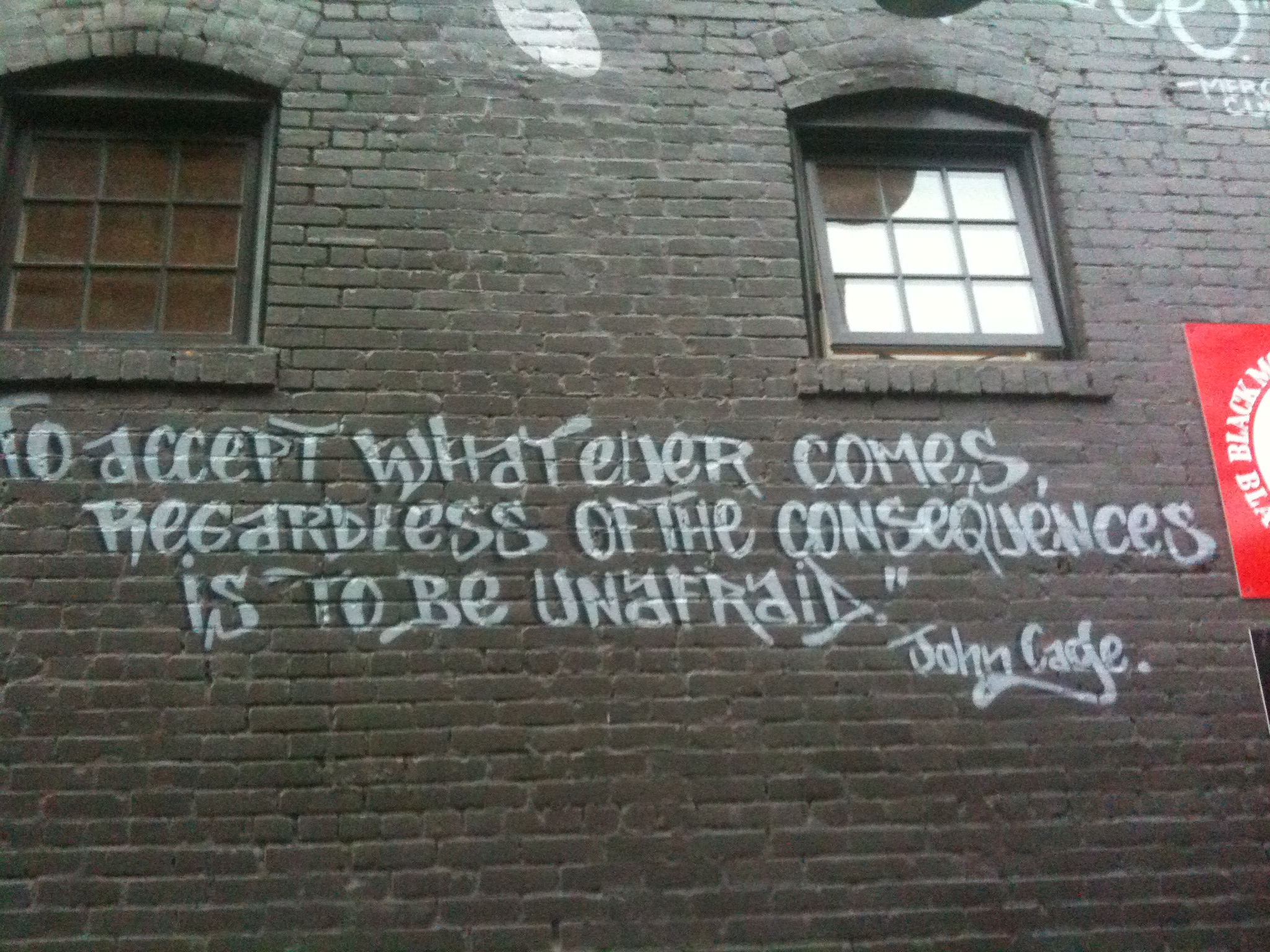 Asheville, North Carolina is a well-kept secret that is getting out. Just as San Francisco and New York are full of transplants, so is Asheville; the transplants are people looking for a small city stitched together by a love for nature, music, arts and the healing arts. People speak of being “mystically drawn” to Asheville. They come from all over, and many originally lived in San Francisco or New York, then moved to Oakland or Brooklyn, and found they wanted a smaller place still.I thought that was just me, and it turns out there is a trickling migration of people just like me, who want the same open-minded, artsy, healthy vibe and who want it in a more calm place that promotes community. A tango teacher told me that Asheville is a small-town version of the San Francisco of 25 years ago, before the Silicon Valley giants came and that and other factors changed a hippie town into a digital-power-hub.

I got my hair cut while I visited Asheville, and my hairdresser estimated that 60% of the people she has met moved from elsewhere. The town itself is not the south. Travel a half-hour outside the city to go tubing or slide down a natural rock slide, and you hear Southern accents, but inside Asheville, the accents are diverse. Still, there is a lot of “y’all.”

I visited Asheville with one of my best friends, Griet. Griet is Belgian and had been living in North Carolina with her boyfriend in Chapel Hill. We couchsurfed with Ben, who opened his apartment to us for a week and who describes himself as a wandering mystic. Ben is all about love. He wears a fair-trade, Jesus-style robe at least half the time, even when he bikes (no car), to the chagrin of his teenager daughters. He and his daughters are Quakers and taught me a lot about the Quaker culture as we sipped tea at a remarkable tea lounge in downtown Asheville. I learned the theory of waiting three times to speak at a Quaker meeting. Wait til the impulse strikes you three times before you dare to stand up and share the message God is channeling through you. We also went to a chocolate lounge together. Asheville has three chocolate lounges–this is a town that is serious about pleasure. Ben took us to a contra dance, where the contra dancers are hip and young and cute, and we took Ben and his daughter to a tango lesson. Asheville’s tango community is tiny but they do have one incredible tango-yoga class.

Asheville is very family-friendly, and we often saw young people frolicking with their kids. Here at a street arts festival.

My curiosity about Asheville had been intense, and I myself considered moving there. The idea first came on in Salento, Colombia, where I was traveling through the coffee zone mountains last year. I felt so awed and peaceful in the mountains, and had an awakening of sorts. I love the mountains! Either I didn’t know that about myself before, or I never loved the mountains so much. A peace among the green descended on me. During that week, I met a Colombian family who live in North Carolina. They told me, “Come to North Carolina! Asheville was written up by a women’s magazine as the number one place for women to reinvent themselves! You should move there!” A day later, I met a couple from Atlanta who had taken a year off to travel through Central and South America and Asia. They too encouraged me to move to Asheville. The universe pointed me that way, and I considered visiting that fall, but I wound up staying in Colombia longer then getting sick. It turned out that getting sick spurred my celiac diagnosis and that whole trip has consumed much of this year.

But back to Asheville. We visited the Asheville Movement Collective, which hosted ecstatic dance gatherings on Sunday mornings. The gathering felt much more connected than the ecstatic dance gathering I visited in Oakland. Ecstatic dance, or Five Rhythyms, promotes individual, free, creative body expression to music as a way to connect with your inner self and with others. The dance was held in a barn-like structure, and the first time is free for newcomers. I made much more eye contact in Asheville than in Oakland. Not sexy, just playful and fun. After the dance, everyone gathers in a circle to say what is present for them in that moment. Exactly that moment. These are Quaker-like utterances too, one only speaks if one is called to. And they are short and touching. I love this kind of stuff. Yes, it feels like church to me. A church of the body, in a way. Afterward people make announcements and it is absolutely striking that fifteen of the sixty or so people there are hosting a healing arts workshop of some kind over the next month. Shamanic journeys, Body Widsom training, Holistic Nutrition, Feldenkreis, you name it, they are doing it. And how do these hippies find enough paying clients for these workshops into their inner worlds? We couldn’t quite figure out the economy in Asheville. So many massage therapists, who is paying for those massages? Are they just trading?

There is money in Asheville, that’s for sure. Plenty of tourism and fine dining. So tourists are getting massages, that must be part of the explanation. The restaurants are impressive. In fact, there is the most incredibly entirely gluten-free fine dining restaurant Posana Cafe. It’s run by a couple, and the wife is celiac. I thought I had died and gone to heaven. There is a place where I can order a range of meals without deep inquiry with the waitress. Posana alone is reason enough for a celiac to make the pilgrimmage to Asheville. And may there be more Posana-type restaurants across the nation and the world!

There are not many black people in Asheville, or at least not downtown. We rode the bus two days. The bus was full of people of color as we rolled through the projects. But downtown, most of the few black people we saw were panhandling. The famous weekly drum circle in the middle of town–which has become a tourist attraction–was almost exclusively white. Asheville’s one major failing from our point of view was a lack of diversity. The percentage of the U.S. population as a whole that is African-American (black only) in 2010 is 12.6% and in Asheville the percentage of non-Hispanic black people in 2000 was 7.2%. Why there seemed to be so few black middle class people lingers as a question for me. In this post, one black woman describes the demolition of an area with many black-owned businesses in the 1960s to make way for projects.

Griet said she couldn’t live in a place like Asheville with so little diversity. I could see her point, but at the same time, I have lived in few places that feel truly diverse. San Francisco is literally diverse but in actuality, people rarely mixed. It’s tribal, and people stay within their tribes. Oakland is the only truly diverse American city where I have ever lived–I love the way that cultures rub up against each other here and people are so comfortable with interacting. But I would live in Asheville for a time, I think.

A piano player who plays every Monday morning at a downtown cafe. Asheville is like that--live piano music integrated into the everyday. He serenaded me and Griet on my birthday and we danced. Later we found out that he and his girlfriend rent out their apartment for a tang-yoga-breath class, which we attended the next evening.

Asheville is a place for artists, and aspiring artists, and to explore your creativity in ways that you might not have considered before–for your own enjoyment and growth, rather than for money, glory, or career. It’s clearly a collaborative city where people work together on projects and support each other. We met one guy from LA, a filmmaker who had come to Asheville for a few months to recharge doing yoga and meditation, and running around being present in a small place. I can definitely see Asheville being that kind of place for me–a recharging retreat for creative inspiration. It’s not the mountain town I imagined in Colombia. It’s actually more of a city than those mountain town were. You need to drive outside the city to feel the mountains. In those Colombian mountain towns the feeling of being surrounded by glorious green was all around you, all the time. So there you go. . . maybe I will live in both places, for a spell. Life is longer that way.