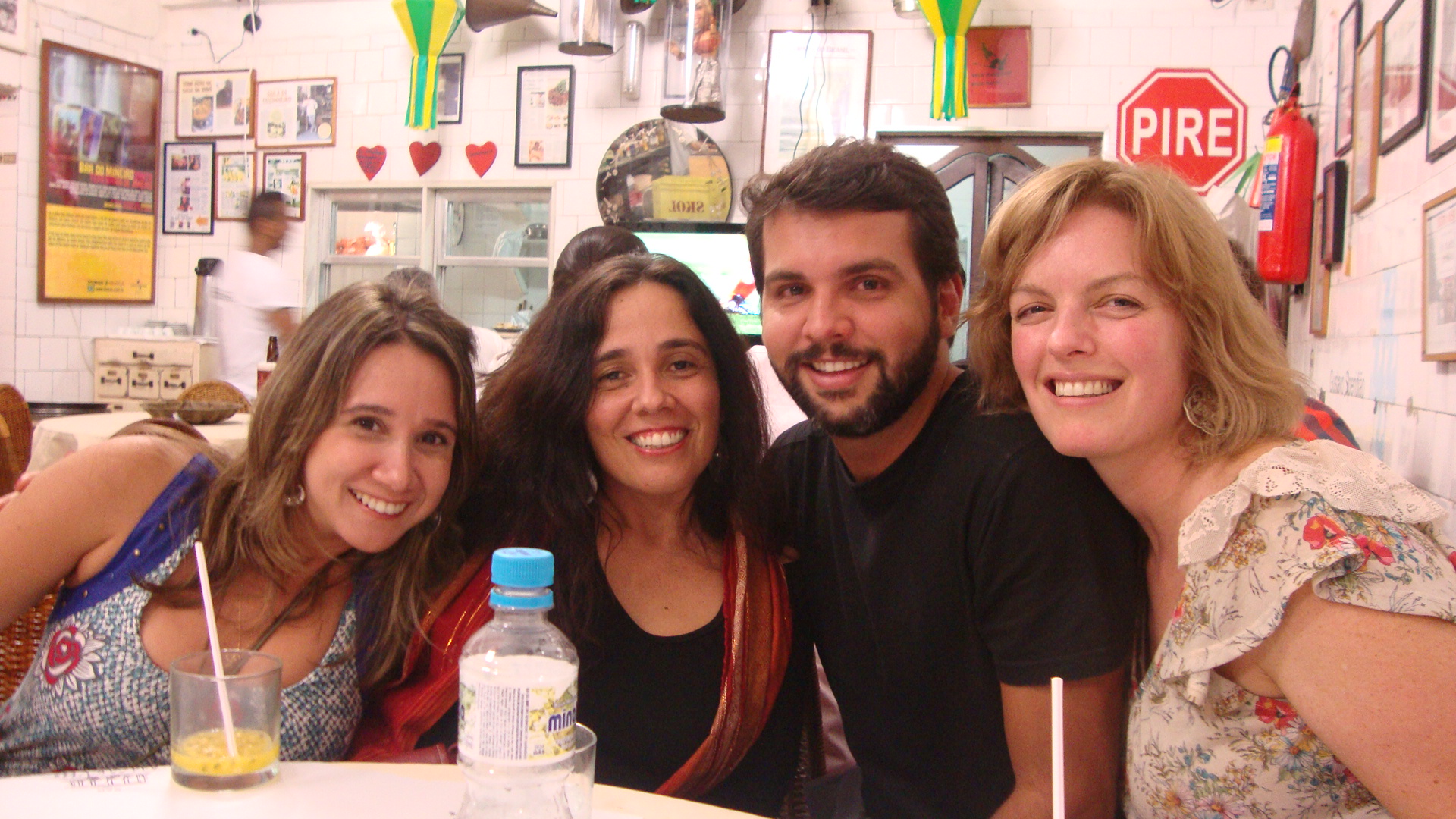 A few of my favorite Cariocas at Bar do Mineiro, Santa Teresa

My time in Brasil has come to an end, and my time in Colombia is just beginning. I left Brasil June 19 on a madrugada (dawn) flight that routed through Lima, Bogota, and then to Santa Marta, where I began my journey through Colombia, on the Caribbean coast. It was not easy to leave meu amor, Brasil. Booking my ticket was torture and took several afternoons. But it was the practical thing to do. And all of my American practicality has not yet been scrubbed out of me by Brasil.

I first fell in love with Brasil on a three-week trip to Salvador, Arraial d’Ajuda (in Bahia) and Rio in 2008 and left with a resolve to come back and spend more time in Rio. Everyone always asked if I had a boyfriend in Brasil and if that was why I wanted to go back. But no, there was no specific one man–there were many! Just kidding.

My fondness for Brasil was born out of a love for the rich culture of music and dance, exuberance, the people. I sensed the country had something to teach me by example. Brasil is full of passion, optimism despite difficult conditions, quirkyness and creativity in unexpected places, and an everyday humor that jives with my personality. After five months, I’m fairly fluent in Portuguese and continue to love learning nuances of the language. Brasil feels like my adopted home country. I’ve met other Americans who feel this way, that you develop a heart connection with Brasil. Maybe I will fall in love with another country harder, now or in another decade, but for now my heart beats for Brasil!

I spent three months traveling in the south and the northeast. I really wanted to settle in one place for at least 3 months. In the end, I spent a little less than 2 months in Rio, which doesn’t seem long at all. I was there for 2.5 months, but in that time, I also traveled to Ouro Preto, Sao Paolo, Paraty, Petropolis, and Manaus! Wow! In such a short time, I developed a number of dear friendships in Rio. It amazes me that I was able to develop a network of friends so quickly, and I really enjoyed introducing them to one another and enjoyed watching some of them become friends.

I am continuing on with my travels for practical reasons, including Brasil’s six-month tourist visa limitation, and the fact that if I am serious about living in Brasil I’ll want to continue my career in some interesting way there, and now is not yet the time for me to get serious about work. Soon it will be time to think about what comes next. I am hoping that the continuation of my career, wherever it takes me, will also feel as interesting and alive as the last five months of learning have been–and that the unplanned adventure will only continue.

I have a number of blog posts saved up inside my brain about Brasil and will be posting there before moving on to writing about colorful Colombia.