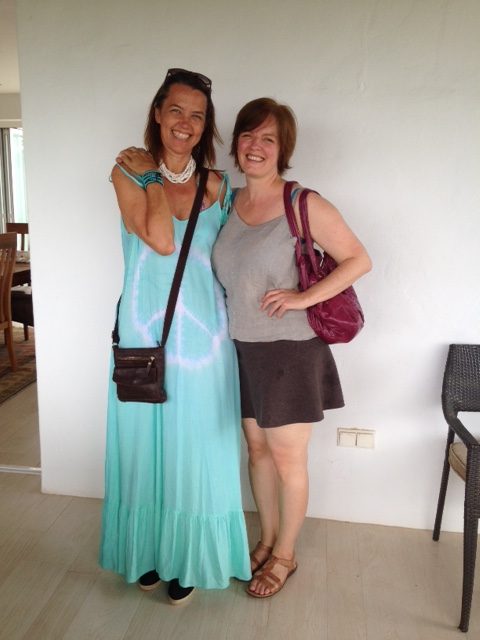 Ibiza (pronounce it Ibi-tha), an island off the coast of Spain in the Mediterranean, was stop three on my Forever Young Tour of Europe and it’s another one of those places that a friend’s invitation brought me to. I never imagined visiting Ibiza. If I thought about Ibiza, I pictured massive, throbbing nightclubs. That image was not so off. While on the island I noticed that you could buy club tickets at ATMs and I learned that the RyanAir flights to the island could already be drunken scenes. Someone I met told me about a couple even having sex in a seat on the airplane. Luckily my flight from Brussels to Ibiza was relatively tame, and there’s another side to Ibiza beyond the Las Vegas-style party scene.

Ibiza has a party reputation but I knew that if Jody Day was inviting me to join her birthday celebration on Ibiza there must be another side to the island and there is. Jody is a woman on a mission very similar to mine. Jody started Gateway Women, a community and blog and wrote a book with the express purpose of helping women who don’t have children but who wanted to heal their grief and create a Plan B for a fulfilling life without kids. Our work overlaps since I help women own their self-worth and create fulfilling lives on their own terms with or without a man—quirkyalone or quirkytogether.

I reached out to Jody a couple of years ago after I landed on her website–when I checked out her work, I thought, whoah, this woman and I need to meet! We became friends over Skype. (You can see this interview Jody did with me about “motherhood ambivalence” a few years ago where we get into all kinds of interesting taboo topics that are rarely talked about.)

When I posted on Facebook that I would be coming to Europe in July and August 2017, Jody reached out to invite me to visit her in London or Ibiza for her birthday. I chose the birthday on Ibiza, because, hey, fun, right? So the very first time we met in person was at the airport when Jody picked me up. How amazing was that?!

Jody, her friends and I spent five days together to celebrate her birthday. We got to do things together that you just can’t do over Skype, like go shopping for Ibiza-style fashion, laze on the beach in our bikinis with coffee topped with whipped cream and spend a day on a sailboat to celebrate Jody’s birthday. 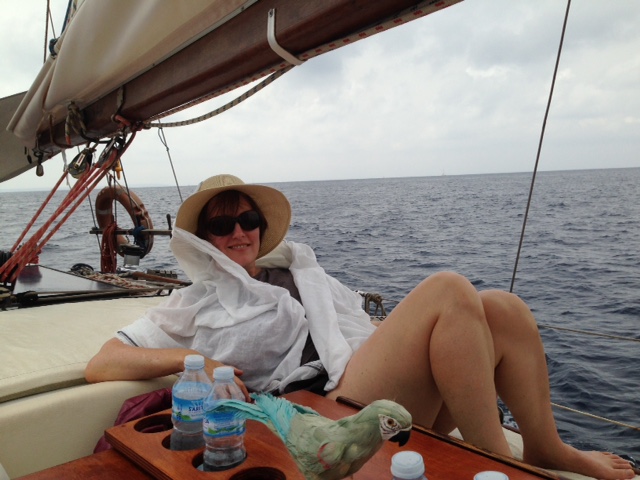 I often had to pinch myself to believe that we were getting this chance to connect in person in such a beautiful place. One night we visited a side of the island where revelers from all over Europe come to go to nightclubs. Like Las Vegas, that side of Ibiza is not my scene, but it was fun to see from an anthropological, traveling perspective. My favorite moment there was sunset, when the bar played classical music to mark the dip of the sun below the horizon and the sun and party-seekers all ritualistically gather to clap for the transition from day to night. 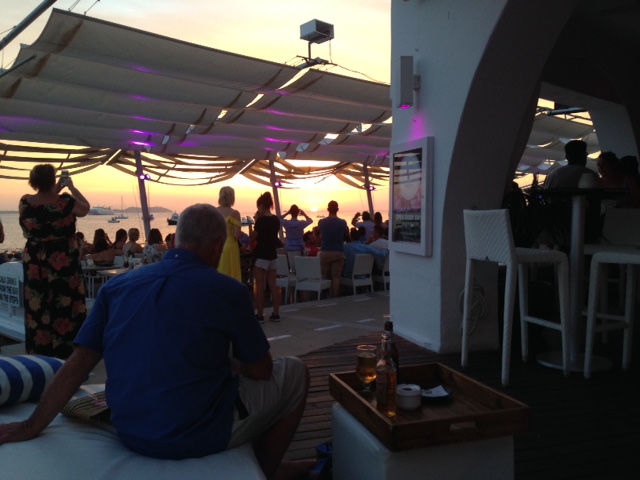 Luckily Ibiza also has a hippie, chill, new-agey side. The other side of Ibiza appears to be international, the kind of people who do yoga and also party–say, they would not shy away from the hallucinogenic tea of Ayahuasca for spiritual expansion. Ibiza is also home to Esvedra, a rock area that is said to have electromagnetic healing properties like Sedona.

Through Jody I got to meet some wonderful women—her friend Selina Ingram from Wales who has lived in San Francisco and Las Vegas, and now lives in Ibiza. Selina organizes fundraisers for low-income people on the VIP Ibiza and calls her group on Ibiza “phenomenal women.” (You’ll be hearing more about my own version of the PW later this year . . . you’ll see us talking about that in the video below.)

I wish you could just eavesdrop on all the conversations that Jody and I had over the five days we spent together at the beach, by the pool, over wine, and on a sailboat trip to celebrate her birthday. . .I’ll give you a few of the highlights as I remember them. We talked about everything from how being single for most of her forties helped Jody get to know herself and prepare herself to have the healthiest happiest relationship she’s been in now in her fifties. We talked about the lonely sides of solo travel and what one can make to do to make solo travel more social. We talked too about how women can be “overwarned” about the dangers of travel. For example, when Jody came to the US a year ago with the dream of driving Highway 1 up the coast of California, people warned her about terrible US drivers. I wondered what they were talking about. For me drivers in the US are fine. Jody didn’t let the overwarning stop her.

In my opinion, the real danger is letting other people’s fear-based projections scare you out of enjoying and living your life.