Want to have your own personal honeymoon in Buenos Aires? 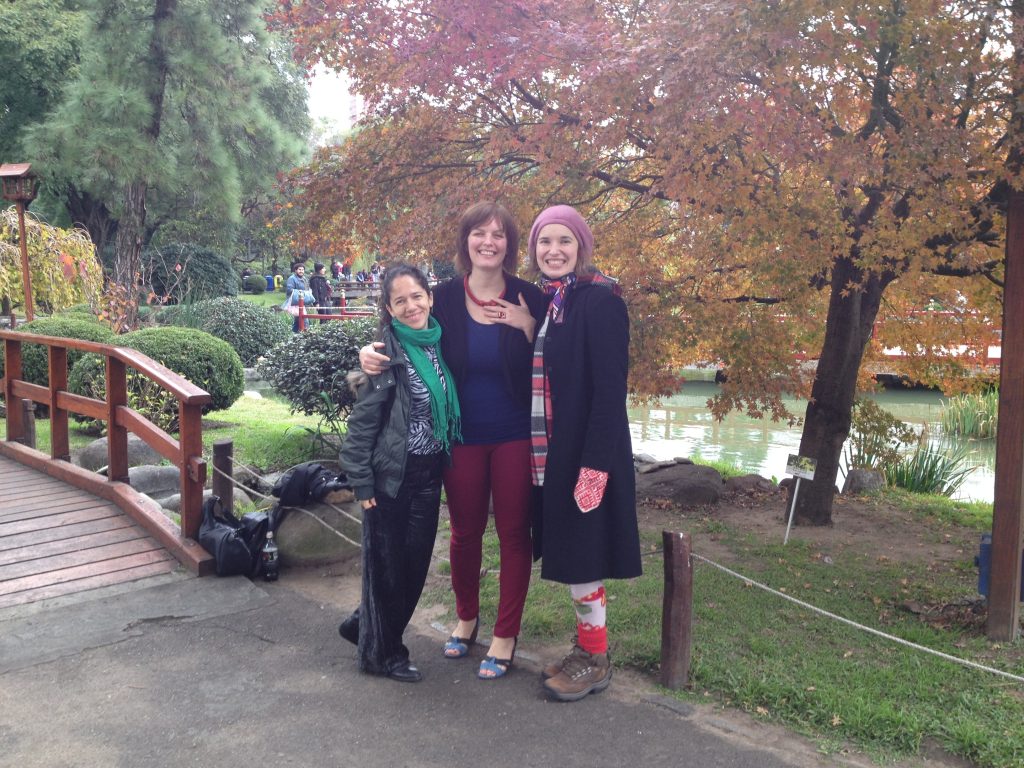 a self-marriage photo with my bridesmaids back in 2014

I married myself here in Buenos Aires in the Japanese Gardens as an act of self-love back in 2014. I wanted to marry the light and dark in me, the parts I like and the parts I don’t like as much. I can say though no marriage is ever completely smooth this self-marriage with myself has gone well. We are still together. Of course others have entered the relationship. Those who self-marry are generally bigamists who carry on relationships with others too!

I’ve been following this trend since 2003 since I wrote about self-marriage in Quirkyalone. You can read my interview in Vogue on self-marriage here and see me on ABC/Nightline explaining why this trend is appealing to women. (I’ve since helped both single and married women in my coaching practice write their vows and marry themselves in unique ceremonies.)

I have been especially thrilled over the years when women who have come on the group Tango Adventure  have also taken their trip to Buenos Aires as a chance to marry themselves or to celebrate their self-marriage with a honeymoon.

Two years ago I helped a coaching client marry herself by the Floralis Genérica sculpture, a giant metal flower that blooms daily in Buenos Aires. The sculpture was a gift to the city by the Argentine architect Eduardo Catalano. Catalano once said that the flower “is a synthesis of all the flowers and is both a hope that is reborn every day to open.” I couldn’t think of a more symbolically appropriate place to make vows to yourself every day to bloom anew.

Basically, my decision to marry myself in May 2016 was a gentle and gradual one. A honeymoon didn’t cross my mind at that time, but I did start thinking about how I would celebrate. In self-marriage, there isn’t an economic boost from family and friends in the same way as there often is with marriage to another person. So, this trip is the culmination of my ability to rally my own resources and dedicate myself to a long-term plan to bring myself pleasure and relief. It’s a buoying feeling to come through for myself, to make good on a long promise, and to acknowledge that committing to one’s own vitality is a serious act worthy of celebration and travel.

How beautiful is that? I love the last line about committing to one’s vitality as an act worthy of celebration.

If the idea of marrying yourself or doing your own honeymoon in Buenos Aires appeals to you, feel free to join us for that May 4-10 Tango Adventure, which is shaping up to be a great group of people. If you want to marry yourself then you will certainly have the support of two other women who have already married themselves. We also have the Solo Chica Tango Adventure for those of you keen for a honeymoon or self-wedding who can’t make those dates. You can pair Solo Chica or the Group Adventure with coaching and I will help you create your vows and your self-wedding.