Is there only one happy ending for women characters in TV shows, movies and books? 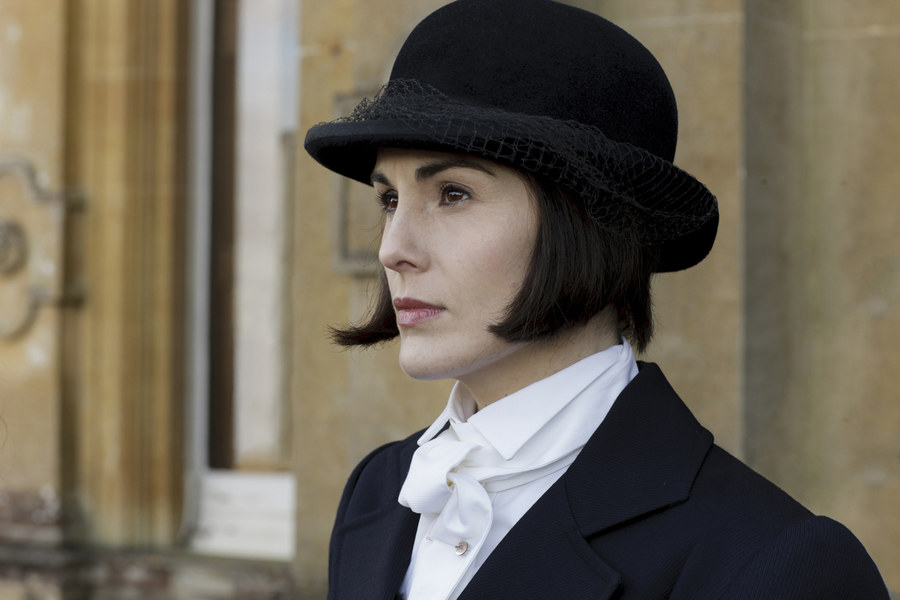 Is there only one happy ending for women characters? Lady Mary shakes things up in season 6 of Downton

Ali sent me a text, “You should watch this week’s Downton Abbey. Mary Crawley has a big quirkyalone speech where she says she’d rather be alone than with a man she doesn’t love.”

I texted back, “OK, will do,” put down the phone and put Downton Abbey on the to-watch list for the night. Ali and I have been friends almost twenty years, we are both spotters of quirkyalone utterances in pop culture for fifteen years now. We look for moments when characters say being alone is preferable to settling, especially when they come from women. Those female articulations are more revolutionary in a world that defines women’s value in terms of their relationships.

Indeed the scene was awesome. Mary not only declared her preference for being alone over a loveless marriage, but also fended off a blackmailer who wanted to humiliate her for spending a week with a man (out-of-wedlock tryst! Scandal!). So not only did she declare her independence as a human being (she doesn’t need to be with a man to exist) but she stands up to slut-shaming.

The last season takes place in 1925, a decade when women were discovering new social liberties in the flapper era–where “calling” shifted into “dating” and sexual exploration became more commonplace. According to historian Michael Lerner, a decade after women finally won the right to vote, “women had the right to enjoy themselves socially as much as men did, whether through drinking, sex, or indulging in the pleasures of urban nightlife.”

The next question for me and Ali was, would Downton’s creators let Mary end up alone?

After Ali and I talked on the phone. Ali said, “They’re giving her all these boring men love interests this season. They’re not very inspiring. I hope they give her someone good before the series ends.”

I said, “I like the way they are playing it, that they have two single women sisters now Mary and Edith. That’s life too. Sometimes that is the way it goes.” I don’t mean either that Mary would always be single. But that there could be other valid endings.

I’ve been having conversations like these for quite a while now. Sex in the City was about to conclude a decade ago around the same time as my book Quirkyalone: A Manifesto for Uncompromising Romantics came out. Because they saw me as a real-life icon for the single girl, reporters often asked me for opinions about how ultimate single-women-in-the-city series (until then) should conclude. Would Carrie end up with Big? Carried ended up with Big.

When you look at other blockbuster memoirs-turned-to-movies such as Wild and Eat Pray Love, you realize they both begin with women who have husbands and end with women who have husbands. Is a woman finding a man a requirement for the ending of a big blockbuster book, movie or TV show? Do we need to be calmed by the formula of the fairy-tale storybook ending we’ve been sold since birth that a woman’s happiness begins when she finds her prince?

Even an edgy book like Gone Girl that is very critical of fake couplehood ends with the couple back together again. (In some ways Gone Girl is a sly argument that we get what we deserve.) HBO serial Girls which should herald a new era of higher standards (one might think) brings Hannah together over and over again with pretty lame boyfriend Adam.

Are are there a variety of happy endings for women characters? This question about women’s happy endings is something I have thought a lot about as I write the first and now second draft of my memoir Wet. How should I end my book, I ask myself often. For example, my memoir might end with me alone, but that doesn’t mean I will be alone forever.

My intuition tells me that in 2016 we are reading for new endings. It’s a thought experiment to imagine the multiple happy endings for a woman: she finally falls in love with herself; she finds her home, the right community of friends, her true calling, or the meaning of life; she heals from childhood abuse, or she learns how to have sex and not feel guilty about it afterwards.

Would we give these endings a chance, or do we really believe there is only one truly satisfying conclusion?

Join us to be Quirkyalone Together Feb. 14 in Oakland!

In other news, I am super excited to announce this upoming workshop: Quirkyalone Live: Quirkyalone Together on February 14 (International Quirkyalone Day).

Through this intimate afternoon workshop, we are going to come together and I am going to teach you the key skills I have learned in years of writing and coaching other quirkyalones that you can use to live a happy, satisfying life where your heart is also open to being quirkytogether. To live as a happy quirkyalone takes specific mindset shifts, practices and behaviors. It takes self-compassion and a community of support.

For some it can be a lifelong journey to get to this point of embracing life single or in a relationship—through this workshop, we will help you get there sooner. Spaces are limited. The super early bird deadline for the best price is January 21. Sign up today!