Quirky Survey Report #1: What We Mean When We Say “Quirky” 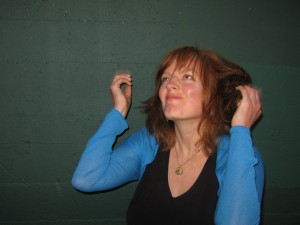 This is me being quirky 🙂

As you many know, I am a quirkyologist, in love with the study of what makes people unique. My first book Quirkyalone draws upon the word “quirky” to create a new word that means someone who doesn’t settle in relationships or life, but it’s also valuable for us to dive into the meaning of the word “quirky” since that word can have positive, negative, and neutral connotations, and quirky people so often feel misunderstood–even by themselves.

To prepare for an online course called Get Quirky, designed to help you embrace your quirks, I took a survey of people about what they mean when they think of the word “quirky.” I’ll be sharing the results in this blog post. I’m excited to share with you.

The results are qualitative rather than quantitative for the most part, though I will tell you 96% of the 150 people who replied to my super-long survey (I get so curious and can’t stop asking questions) identify themselves as “quirky” based on their own definition and 94% think of “quirky” as more of a positive word than a negative one. So we can already see “quirky” people are not only at peace with being quirky–they think it’s admirable to wear mismatched socks, or as many of them said, dance to their own drum. Dancing came up often in the definition.

Quirky certainly is gaining in acceptance now that the Internet provides a forum for every possible interest and oddity under the sun. It might very well be that being quirky is a lot more acceptable today in high school than it was when I was in school. Certainly being gay or even trans is more accepted today. But “quirky” is not a fashion trend. To be quirky is not about how you look. Ultimately, I would hazard that quirky is impossible to pin down. Which is why I like it so.

“Quirky” also is a word that is fairly unique in the English language and does not have clear equivalents in any language I know my book Quirkyalone: A Manifesto for Uncompromising Romantics was translated in Portuguese, German, and Danish. All the publishers struggled to find equivalent words. In other languages anything that means “strange” (exquisito, extraño) has a somewhat pejorative connotation.

Here are some of my favorite spins on “quirky” from the survey:

What does the word “quirky” mean to you?

“Feeling that you have the responsibility to be whomever you truly are, or to do whatever you must to discover this and live your life accordingly.”

“Being unique, authentic and sincere even when it’s hard. It’s not just a style but a way of life.”

“For a behavior to be quirky: it should be unusual and attention-getting, but fairly innocuous. (Serial killing, for example, would not be considered “quirky” but breaking into song spontaneously on the sidewalk in front of a Starbucks because a flower reminded you of a scene from a 1935 Broadway show, for example, would be.)”

“Something with raw energy that is unique from what you may see surrounding it. As well as a more attractive path to take for me, while odd to others.”

“Absolutely s-e-x-y. After watching Claire Danes in the show Homeland I realized that the character she plays—whom all of my friends say is “crazy and off the chain”—is just someone who values her solitude a whole lot more than normal. She is quirky because she spends a lot of time within her own world, her own habits, her own culture.”

“Strange in a whimsical, carefree way. Also, randomness and being unexpected, especially to yourself.”

“Weird around the edges, but in small, charming ways rather than big, unsettling ways. Quirky can be funny little behaviors that don’t get in the way of life, but jump out at me when I see them. It can be an unusual way of looking at things which isn’t necessarily born out of deep philosophical reflection, but of on-the-go, pragmatic lived consideration. In short, it describes the small, seemingly insignificant things someone says or does which pop out of the moment, setting them apart from others and making me smile.”

“To be ‘quirky’ is to march to the beat of one’s own drum. Quirky people are usually very open-minded. It is not to be obnoxious and do ‘cute’ or ‘weird’ things for attention. It is simply to be true to oneself and give oneself approval; even if you know there are aspects of you that are a little bit off kilter.”

“Bubbly, interactive and different. You can’t put a definition on a person who is quirky, because they are who they are when they want to be.”

“To me, someone who is quirky is willing to throw a stone into a pond with no guarantee that all of the resultant ripples will go in the expected direction.”

“Following personal logic without questions (whether it’s emotion, career, habits, attire, etc.) rather than conventionally what one is expected to follow – but not TRYING to be unconventional so as to make others think you’re quirky. It’s Diane Keatonesque.”

“Wearing mismatched socks. Wearing inner foibles proudly on the outside. Also some sort of personality that’s tied to being special or unique. And with it, a fear of just being a normal human being? Perhaps nobody is inherently more or less quirky, but it’s more of a willingness to listen to those desires and preferences and express them even when the mainstream says “TOO WEIRD!” Then there are the quirky subcultures. Where I went to school, it’s ‘cool to be quirky.’ Being in that environment for four years sort of ruined quirky for me. People constructed identities out of their quirks and used it as a barrier to true intimacy. So I guess I, unfairly perhaps, judge the word quirky as shallow. What would the word be for quirky with depth? Perhaps it’s your job to redefine quirky.”

“Quirkyyyyyy means following what I do that feels authentic for me but might be seen as bizarro or at the very least different and unique in the eyes of society. It’s speaking in sounds rather than words by the eighth hour of your workday. For me it is the most attractive element of a person because it is undeniably theirs to offer. Me loves the quirky ones of the universe! (Which is all of us, its just the real quirky all the time ones that get me the most :)”

“It doesn’t matter what gets a quirky person going (knitting, Star Trek, botany, it can be anything, really)–they take it and run with it and have a little fun with it! There might also be dancing involved…”

If this sounds like you, know that you have a home here. My books Quirkyalone and To-Do List are aby their very nature a celebration of our infinite individuality, as well as the common things that bond us together as human beings. Most of the women and men who come on a Tango Adventure in Buenos Aires with my team are quirky in one way or another. Many of my coaching clients could be called quirky too–in the best way of course! If you are looking for support in your life, you know where to turn.