Case Study of Quirkyness Embraced: Emily Miller Shares What Changed When She Stopped Worrying What Others Think 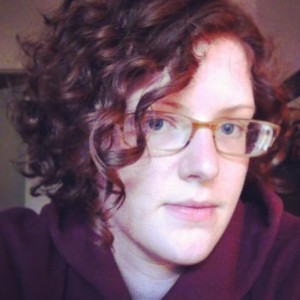 This week I’m sharing case studies from past participants in GetQuirky. In my interviews, I’m asking, What becomes possible when a person decides to embrace his or her quirkiness?

Today Emily Miller, 26, who lives in Pittsburgh, Pennsylvania, shares how embracing her quirky self through GetQuirky sparked big changes in two big areas of life: work and dating.

The next class starts September 23. To find out what happens when you embrace your inner quirk, join us in the next class!

Here’s Emily’s story, in her own words:

When you offered the class, I had been in a huge rut. I was only able to see the bad sides of whatever happened to me, and so (as is usually the case when one gets in that mindset) bad things happened to me more and more often. I had become uncomfortable in my own skin in two areas of my life in which I used to feel that I could shine: in my relationship and in my job.

My relationship of a year and a half had stagnated. That breakup prompted me to sign up. At the same time, I was working at a job that made me feel stuck. Going there every day was slowly killing my desire to try at all. During the GetQuirky class, one of the class exercises brought on some serious thinking, and I realized I needed to quit my job in order to move forward.

Finally Embracing Myself as a Quirkybeing
Before the class, I had identified more with the “alone” part of quirkyalone than the quirky part. The “quirky” aspect of it, for me, referred more to the act of choosing to be alone.

When I got into working through the GetQuirky class, I finally began to embrace myself as a quirkybeing. The change for me was deciding, ‘I’m not going to censor these little quirks, or flaws, or foibles in me.’ I really chose to let my sense of humor fully come out, allowed my sense of wonder to take control, and quit worrying if other people would think I was weird.

I’m still the ‘uncompromising romantic’ described in Quirkyalone: A Manifesto for Uncompromising Romantics. As a result of taking the class, I was able to fully be quirky, and because of a chance encounter, a friend of a friend asked to be set up with me. I decided I had nothing to lose and concentrated on being fully me during the day we planned out.

He ended up really liking me, as me. He even compliments me on how much he loves how quirky I am.

When I act like myself that way, I am so much more open to the possibilities for the day, or a weekend, or next year, for my whole life to unfold–staying in the moment. I’m a much nicer person to be around too.

Getting comfortable sharing my quirks and needs
Because of taking GetQuirky and Quirkytogether101, for the first time I felt comfortable explaining what quirkyalone is and why I identify with it. And it didn’t scare him away. He also has expressed an understanding of boundaries and that he needs time alone sometimes and wants me to know that he won’t ever be offended if I want time to myself.

What I have done differently since taking the class
By quitting my full-time job, I entered into a freer, but scarier work-life of substituting. While I’m never sure if or when I will work, I’ve had the flexibility to pursue goals I could not when I had a set schedule of 40 hours per week. I’ve been able to take classes and volunteer for various events and initiatives through my employer and in the community, and have made several important professional connections.

The most important practice that I started back up with after the GetQuirky class was journaling regularly. Once I started answering the daily GetQuirky prompts, in my own handwriting, in a special journal, I remembered how powerful journaling is. I now make time to journal at least a few times each week, focusing on the wonderful things I have enjoyed and the struggles I have been through since the last time I wrote.

Skills I Learned to Support Quirkyness
I learned skills in the class that I will take forward in life and as a result, I can cope with anything that occurs so much better, especially in facing my doubts and fears, which I learned how to do using the Fear Inventory.

What would be possible for you when you decide to embrace yourself as a quirkybeing?

The next session of GetQuirky starts September 23.

We would love to have you join us!