Cupsize, or, Advice for writing

The excellent performane artist and filmmaker Miranda July has a blurb on the back cover of the book the Riot Grrrl Collection:

“What zine-making taught me about writing: 1. shock yourself with honesty. 2. the truth is messy. 3. be brave like her. I use these skills every day.”

Miranda is right. Zines taught me how to just say it and be brave. 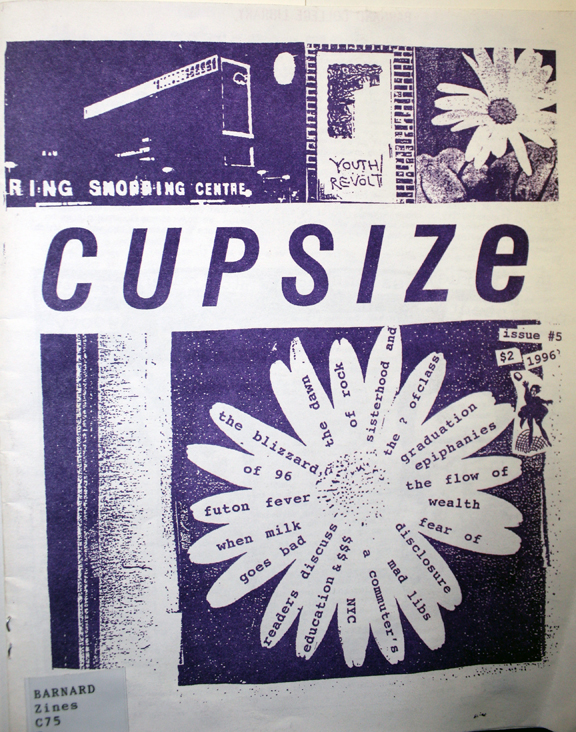 I came alive as a woman and a creative person in my early twenties in New York City when I co-created an independent zine called Cupsize with my friend Tara Emelye. Tara and I met at Amherst College, but neither one of us was happy there. We both left for schools in New York. I transferred to Barnard College, the women’s college of Columbia University, and Tara transferred to SUNY-Stonybrook. We reunited in New York City and wound up being inspired by the other women zinesters and created our own zine that lasted for five glorious photocopied issues: CUPSIZE! We stapled-and-photocopied and cut-and-paste and we could write anything we wanted. 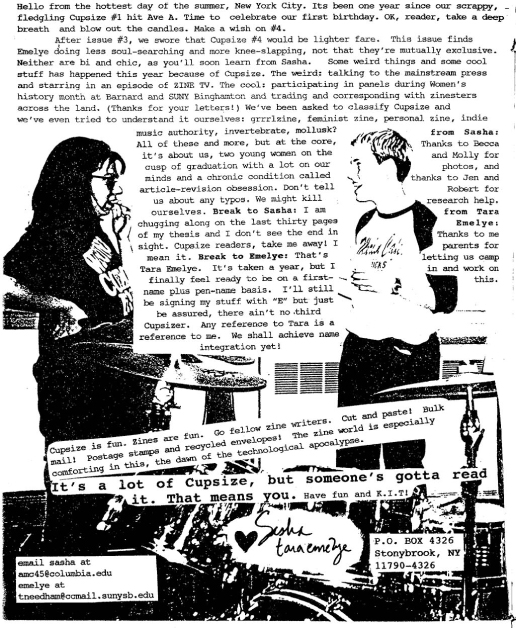 Writing Cupsize was an important first step along my path of independent creativity.

Tara and I called our zine Cupsize because we both had ample bosoms. We wanted to reclaim them with a wink. That was just one of our commonalities. We also had overflowing creative collaboration that sparked when we got together. We would often put together the zine in her kitchen on Long Island and stay up all night creative and giddy. There was something very special about a little print magazine, something far more precious than the Internet, which is so easy and ephemeral. These were issues we physically put together with staples and photocopies. We sent Cupsize out in the mail to our subscribers and other zinesters we met through Factsheet Five, the zine review magazine. 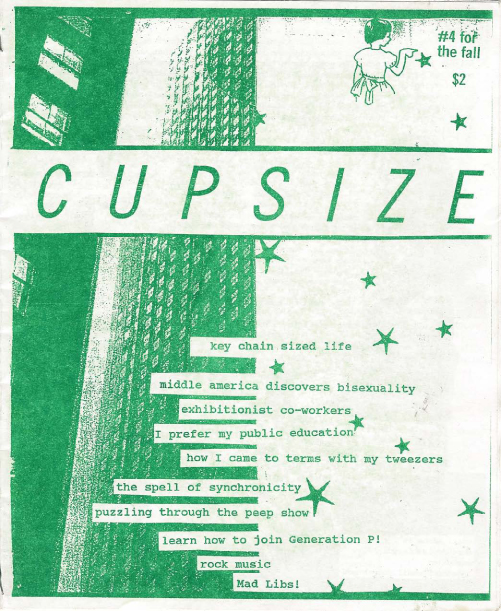 Tara and I egged each other on, whether we were writing about the taste of grape soda or visiting a peep show in Times Square, bisexual chic or feminism and class. I also wrote for the Village Voice in college and I worked at Self Magazine. But Cupsize was total play and fun, it was really through Cupsize that I learned how to just say it and be myself in my writing. Cupsize was total freedom to explore whatever we wanted to explore and laugh along the way.

Our writings from Cupsize are included in this awesome new book, the Riot Grrrl Collection. This energetic book will inspire all freedom-seekers and lovers of handwritten creativity. Each page of the book is an actual reprint of a zine page, with all the human touches of the girl or boy who made it.