In Praise of Following Random Instincts 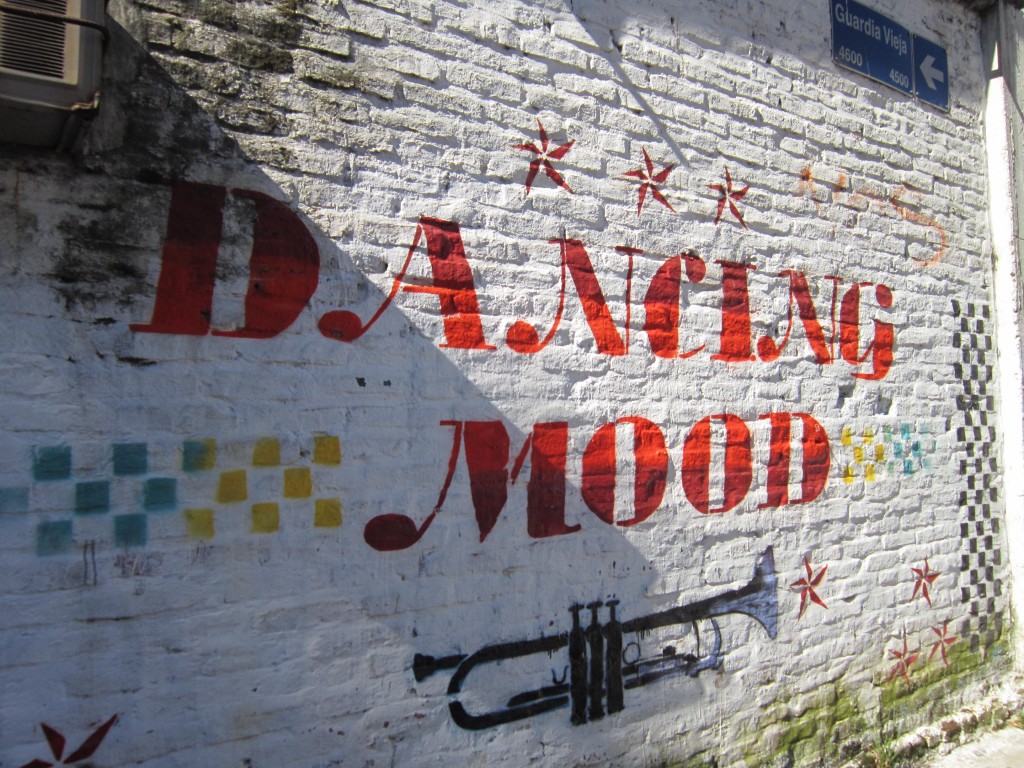 street are in buenos aires

“But it’s so random,” I remember, saying with a pained expression on my face, as I sat on the couch across from my therapist.

She looked at me with a warm expression. “Random isn’t necessarily bad,” she said. “I could never tell you what to do with your life. I don’t even know what I should do in my own life. No one can really tell another person what they should do.”

Last year, I was deciding whether to follow an instinct to move to Buenos Aires. We could call it a desire or impulse. Something that really did not make much logical sense in terms of “career,” “money” or “finding a partner” (something I can say finally without ambivalence that I do want). I was actually happy in Oakland. But I felt this instinct and it would not go away.

Learning how to follow an instinct
The instinct took root in my body in 2011 on one of my last days to Buenos Aires during my first trip here. It’s a New Age cliche to say, “listen to your body,” but my body does give me messages. I just felt in my body one day suddenly in the street that I was meant to come back and spend more time in this city. That feeling was a warmth, and I couldn’t quite explain it because there were actually a lot of things I didn’t even like about this city (despite my obsession with tango). But it just seemed clear.

I remember being in San Francisco six months later, when I was struggling with the decision, talking to Santiago, a tango teacher from Argentina. He asked me why I wanted to move to Buenos Aires. “Because I want to.” I told him. I didn’t really have a more clear answer than that. I had a desire. I desire I felt in my body, as much as my mind told me no. My answer “Because I want to” seemed to surprise Santiago. A simple nonpractical desire seemed bold and audacious and at the same time inadequate, too simple. But that is all I had: a persistent instinct.

He laughed and said I would have fun with the men there. “Ah, you will see.” That’s not what it was about. I didn’t come here looking for a bunch of lovers. [My report on the men of Argentina is another story.]

Struggling with the mystery of desire–and conflicting desires
After spending a year at home in Oakland, I bought a plane ticket to go check out living in Buenos Aires. Then I cancelled the ticket. Two months later I bought another ticket. Then I pushed that ticket back by five weeks. This struggle felt so symbolic: I was battling between my desires for being grounded in a home and all the possibilities that could offer and my desires for adventure, and simply to follow an instinct. I was also afraid that in going I would not be available to find a partner and that somehow in going I was going to be too alone, which is always my fear in following an instinct. That I will be too alone.

At the end of the day, I surrendered to the impulse to go.

Conflicting desires are a part of life. There is almost always more than one desire. Learning how to choose is the key.

I suddenly realized, after all the therapy and the booked and cancelled ticket, that if I ignored this instinct, I was ignoring it at the risk of low-grade depression.This impulse to go—as random and nonlogical as it seemed—was what I needed more. Even if I decided to come back and settle down in the Bay Area, I needed to come live in Buenos Aires first. For reasons that were basically mysterious to me.

I decided to be OK with the mystery.

What has happened since in the six months since I have lived in Buenos Aires is a whole other story. I’m not quite ready to sum that up because I’m still living it. But I can say this. I am so glad I listened to that instinct. I always am glad I listen to my instincts. When I don’t listen to them I feel like I am shriveling up and contracting. When I do listen to them I feel like I am coming out on the victorious side of fear. My life feels longer and richer for listening to these instincts. More mysterious, which I have learned that I like. I love the mystery.

Instinct vs rationality
In a rational culture like the United States where you are supposed to have a plan (and a retirement plan) it can feel countercultural to follow a quirky whisper, intuition, or impulse. Especially an instinct that doesn’t fit the norm and doesn’t have a list of rational reasons to support it. It might be OK to follow a random instinct in our twenties and sixties, but not so much in our thirties and forties, the decades of career-building and family-building. These are the times when we are supposed to be nest-egg-building, “on track.”

An instinct is a compass for life to point in interesting directions. Following random instincts can fuel our lives and fill our lives with more unpexpected learning and mystery. The decisions don’t have to be as radical as leaving your life in one country to live in an another. A random instinct can be about feeling into the energy to talk to a stranger, go to a conference, crash a party, read a random book. Random instincts make our lives uniquely our own. When you follow your impulses, no matter where they arise in you, through your body, your heart, your mind, you are taking a stab at creating your life. Mistakes and all.

I struggled to accept the randomness of these instincts. But evidence keeps piling up that following them is worth it. A friend told me recently that her ex-boyfriend judges me. “She just follow the nose of her whims,” he said about me. Maybe that would have bothered me in the past but now . . . well, yes, that’s right. I do follow my whims. And I am proud of my courage to do that.